Coffee is one of the most frequently traded commodities in the world.

While coffee production occurs in many countries around the world, Brazil is the major producer followed by Vietnam, Indonesia and Columbia. The biggest consumer of coffee is the U.S. followed by Germany and Italy.

There are two types of coffee beans, Arabica and Robusta. Arabica beans are considered more flavorful and therefore command a premium in the market. Robusta beans tend to be bitter and less palatable but have a 50% higher concentration of caffeine than the Arabica bean. Robusta beans are sold for about 70% of the price of Arabica and are therefore more commonly traded by the big four coffee companies, Kraft, Nestlé, Procter and Gamble and Sara Lee who purchase approximately 50% of all coffee worldwide.

Factors that can influence the price of coffee are: 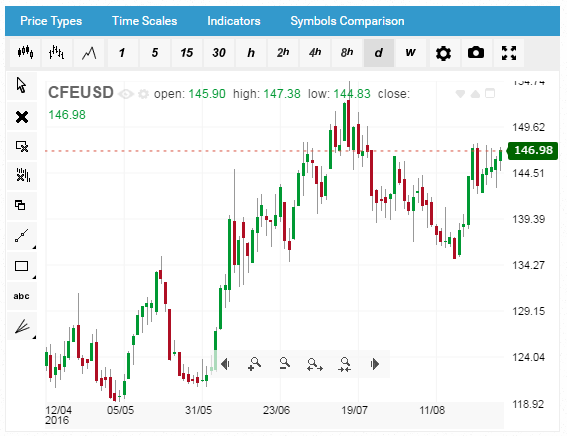 For more information on coffee and other related trading products, go to our blog website, forex.info.